The Oberammergau Passion Play is quite literally a once in a decade experience, The Passion Play is performed every 10 years in the town of Oberammergau, Germany. The play is a semi outdoor performance, giving the play some life it stages itself in front of the sky and mountains behind. You're able to be breathing in the fresh air and hearing birds chirping while not being worried about the weather. While not being fully outside it takes the benefits of both indoor and out.

All up, more than 2,000 citizens make up the actors, singers, instrumentalists, stage technicians and even animals that bring the play to life in about six hours of playing time.

This is a German event but anybody can enjoy the play through the spectacular visuals through the beautiful painterly sets and costumes, powerful music and book to follow along with. You wont have trouble understanding whats going on.

The music was written all the way back in 1779 by Rochus Dedler.  The music has influences of Mozart. There is an orchestra made up of 60 musicians and a choir to help bring all of the emotion and scenes to live.

The play is made up of spoken dramatic word, both musical and choir performances and well as tableaux vivants. A  tableaux vivant is a silent and motionless group of people arrange to represent a scene with verbal descriptions.  These scenes are the basis of the Old and New Testament, of the play. They include a scene of the brothers selling Joseph into slavery in Egypt, and Moses raising up the bronze serpent in the wilderness. The remainder of the performance is a dramatic presentation depicting the Passion of Christ: the trial, suffering and death of Jesus Christ.

An event this grand that can only be experienced once every 10 years is something not to miss out on and will be well worth it, if the above resonates with you. We have locked down a number of tickets for the play through our tours below. 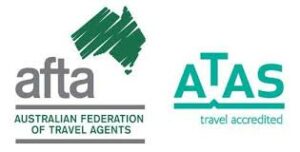